Ber Months in the Philippines - Come Celebrate Christmas with Pinoys 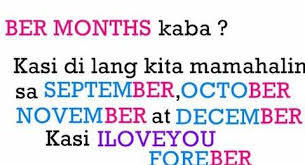 More than anybody else in the world, Christmas season starts off with saying the words ber months and it literally starts the first day of September wherein as early as this date, radios and television programs already play Christmas songs making the feel even more near holiday season.

Month long of celebration by feeling and making feel that Christmas is here and near is always good feeling for Pinoys all over the world and not just in the Philippines. September signifies its start and during these days, the crowd sets and prepares to be busy. Streets start to get filled with different sounds and music about Christmas season and people and offices start to vie for different sorts of corporate giveaways.

How Ber Months Signifies the Start of Christmas Celebration

Again, whenever September comes, while other cold countries it signifies the start of near autumn and fall, in the Philippines, it is the start of the blowing of the "amihan" (our version of seabreeze) where the climate literally starts to change and the wind starts to blow a bit colder smears especially in the morning. This feeling somehow has become a year-after-year Filipino tradition.

During this start of the month, the theme park is already starting to get filled with avid visitors and customers from families to lovers to singles to kids who love the rides and the aura of the happy amusement rides and sounds.

It is also during these times of the year when Star City earns maybe hundred fold what they used to during summer season. It's as if automatic that when the sea breeze starts to allow that cold smell in the morning waking up in September, the theme park would usually get filled with patrons on weekends.

Ber Months at Work and in Offices 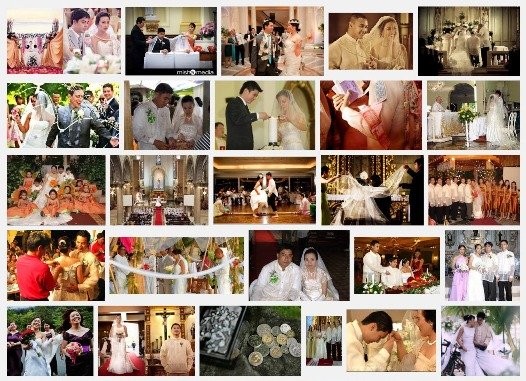 Offices and work environment changes because of this season of the year when the holiday starts to set in to the minds of regular and contractual workers. In our office at the lending company where I work as a loan consultant, as early as our third quarter meeting which happen to fall during September, the bosses start to make plans for the motif of our Christmas Party. This year, 2014, we are going to choose between hip hop and k pop motif. How I wish the same goes with wedding traditions and I do hope to see sometime in my life something like it.

Anyway, in my case as a third quarter top loan consultant for collateral loans, I am already making plans of giving away gifts for my colleagues and office admins as well as to utilities and rank and file employees up to the level of the clients I work for. I am already thinking of giving away corporate gifts if thats what you want to call it and I am looking forward to becoming the top collateral loan agent for this year.

Different offices during this time of the year in celebration of ber months start to take notice of changes in the working environment. New designs at the office is sometimes being done as early as September and while this happens to some, to others, it simply stays as a thought of celebration of a less and less giveaways due to hard times of business. Well, today, I'm glad that in my case, it is very much different. I expect and I know I will get more this year so I'm going to share more this year too.

During ber months, these 3 major markets in Metro Manila is getting to be the busiest place in the Philippines. Divisoria, Quiapo and Suki Market in Dapitan cor Mayon turns out to be the center for buying different unique gift items and Christmas decorations of all sorts and diversity.

It is also during these season months that vendors get to become busy filling out their stalls with all sorts of Christmas items in Divisoria and Quiapo. The priest sermon turns a bit related to the upcoming celebration of the coming of Christ (birth of Jesus) and the time to be more of a giving mode than taking mode.

In short, people get to be busier and more uneasy while streets tend to become more congested with traffic here and there. Only on weekends during Sunday will you ever experience a slightly loose traffic and these 3 major market destinations become the most avoided places in Manila. 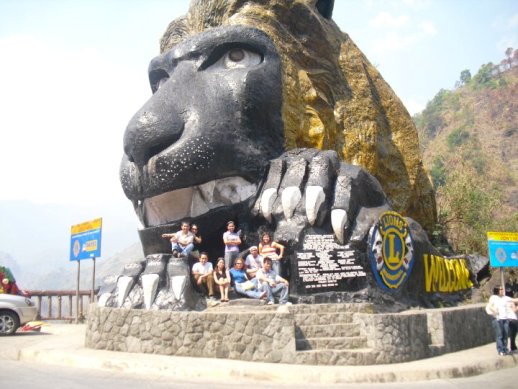 Just a short trivia: Did you know that apart from being a great idea to celebrate Christmas season on weekends, Pinoys love going to cold places like Baguio and Tagaytay to stay for the weekend and take a deep breath of fresh air in these cold season ber months?

Well, just in case so that you might not know it, Filipinos start to flock in Baguio and Tagaytay during weekends starting September. During this month, Pinoys love to feel even colder as if it's already Christmas and wanting to feel that the holiday season is here and near.

Come celebrate with our tradition and know more About Philippines now!