See and witness our Philippines festival celebrations in different provinces through our family's reviews and photos we find through online search. These celebrations is also one that makes up about Philippines and our island as a colonial country that is influenced by diverse beliefs. Celebrating festivals is one of them.

Learn how tradition will dramatically change the way you see our country with our big list of celebrated festival in the Philippines. We promise to include videos if there is anything we can find in YouTube so you will fully understand how Filipinos celebrate feasts more than the Spaniards who taught us to embrace this as part of our people's culture. 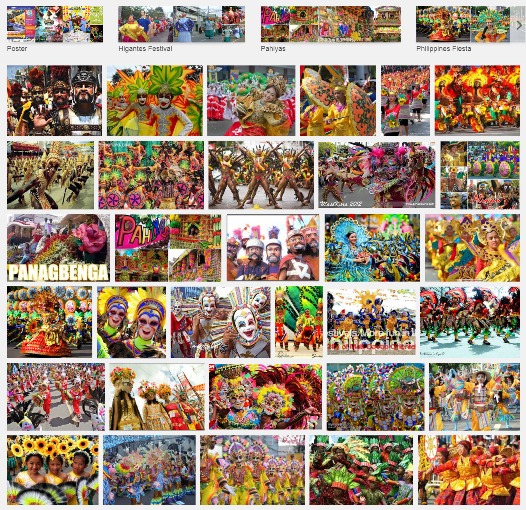 Characterized by each of their uniqueness, the fiestas we celebrate is whole year through. Proof that Pinoys love to celebrate, be merry and bountiful in so many sense. We love celebrating the idea of diversity of culture in our people of different languages and dialects spoken.

To fully enjoy, though, you have to personally witness how the feasts are done and when is the best time to visit and tour Philippines to enjoy the best and most colorful events in our country from January - December.

We have asked the old people, our lolo and lola for what they can remember of the Philippines heritage when it comes celebrating feasts and fiesta. We also have searched online and found this list as compiled by the Casuncad Family album with pictures. Click on a festival to see more details from photos, video and highlight of the celebration. 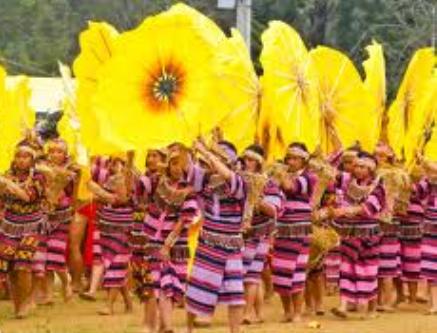 The list of Philippines festival above is a product of careful collection of data on the internet by our family. We certify that is in its most complete information as provided and may be seen from other websites but compiled in an easy-to-understand and comprehend list. Each link will lead you to a particular feature fiesta with all the possible information you could be looking for including Philippine maps.

To visit a particular province of interest to celebrate with the people on their local festival, please consult our other pages that features cheap and affordable accommodation choices for hotels and other interesting things to do in resorts while in a particular province in an attempt to travel Philippines. Maximize and enjoy our 7,100 islands so you can finally say that indeed, "it's more fun in the Philippines".

If you want to copy our list, please give credit when credit is due. Save yourself some dignity in taking what is rightfully ours in the first place so get more than what you gave in return. It's a give and take world.