In it's tradition of bringing primetime bida viewers only quality tv series, ABS-CBN thru LizQuen love team brings us the latest 2018 soap - Bagani teleserye 2018. This latest offering will star Enrique Gil and Liza Soberano, the most-sought after loveteam (LizQuen) of millennials today. It is schedule to replace the soon-to-end La Luna Sangre which stars Daniel Padilla and Kathryn Bernardo. 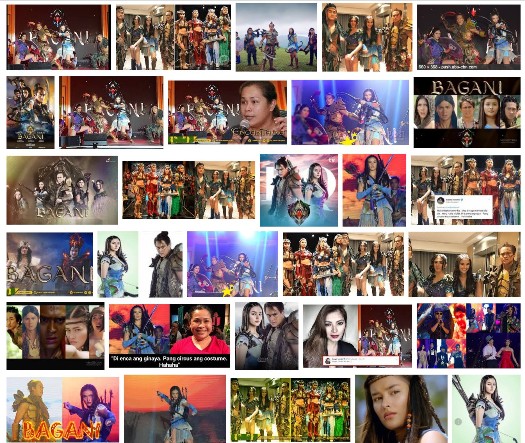 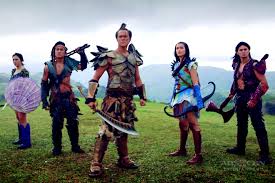 To be directed by Richard Arellano and Lester Pimentel, this new tv series will surely capture viewers of all sorts from different soap genre preferences. It is also a follow up after years of soap from Forevermore and Dolce Amore. This is going to absolutely be an all-star cast! (see cast of characters below)

Expect quality cinematography and special effects that you can usually just get from quality movies. It also hopes to captivate interest due to exciting episodes of the first and only series of multiple interests from action, fantasy, drama, romantic love story, supernatural and suspense. We will soon be posting updates on how to watch Bagani free via online live streaming in iwantv and how to subscribe via TFC if you are a Pinoy living and working abroad.

Despite the busy schedules of LizQuen (nickname of Gil's and Soberano's loveteam) and their individual projects, they have always kept assuring fans that the loveteam is still intact. That their joint projects are always on a follow up for the fans to enjoy. For the opening year of 2018, 'Bagani' is their New Year's gift for their fans who have been waiting for the loveteam's next project long after 2016's Dolce Amore and their 2015 blockbuster, Forevermore. This was shot in the middle of the coldest place in the Philippines, Benguet province where La Presa, the fictional strawberry farm caught the interest of millions of fans all over the Philippines who visit Baguio yearly.

BAGANI IS A MANOBO TERM WHICH MEANS WARRIOR

Enrique and Liza announced their latest teleserye while the two were in a the Star Magic show in California last May 2017. The duo said that their latest offering will be the story of how the Philippines was made. It will involve some supernatural and elemental characters who happens to represent how the different regions were formed.

It will also showcase some of the old Filipino culture that is still being practiced in modern times till today.

In one of his interview, Gil said that ‘Bagani’ is expected to air early this year and hoping that many of their young fans will learn about the history of our country and of our culture the will feature superheroes with extra super powers unimaginable.

The 26-year-old actor dancer from Cebu who started his career as a 16-year-old commercial model, will play Rigor the mighty warrior. He is the main character of the series that will fight for our ancestors rights to claim what is ours and will eventually introduce the viewers how our forefathers live and the culture and tradition that somehow we still practice until now.

Previously, the beautiful Soberano will play Genesis (now Ganda), the love interest of Gil’s character Rigor (now Lakas). ‘Bagani’ will be the fifth project of the 20-year-old Filipino American actress model with Gil and is expected to rock Metro Manila and surrounding provinces in the country on a premier episode to air March 5, 2018. It was also confirmed that after this latest series with Gil, Soberano will play in the movie of another Filipino favorite super hero ‘Darna’. The film is expected to be released later this year. The latest ‘Darna’ movie  adaptation will be directed by the award winning director Erik Matti. Actress Angel Locsin was originally tapped to play the Filipino hero but need to decline the project due to back injury / health problem.

To play the series antagonist is the talented Matteo Guidicelli who will play Manfor. The 27-year old actor model singer triathlete Guidicelli was last seen in the romantic show ‘Dolce Amore’ which was also a Gil and Soberano starrer.

Rounding up the main characters of ‘Bagani’ are Sofia Andres (as Mayari) and Makisig Morales (as Dumakulem).

The roles of Andres and Morales was originally made for the rising loveteam of Bailey May and Ylona Garcia.  But it was said that they were pulled out later from the series due to the conflicting schedules and projects of the young loveteam.

The 19-year-old model actress Andres last project with ABS-CBN was the afternoon drama ‘Pusong Ligaw’ with rumored boyfriend Diego Loyzaga.  Andres played Vida Verdadero in ‘Pusong Ligaw’ which served as her first leading role in a TV series.  ‘Bagani’ will reunite Andres with Gil and Soberano after she worked with the popular team in ‘Forevermore’ where she played Kate Saavedra, ex-girlfriend and first love to Gil’s character Xander Grande.

‘Bagani’ will be Makisig Morales’ comeback role after his last TV series ‘Mirabella’ starring Julia Barretto in 2014 where he played Jefferson.  The the 21-year-old singer dancer was first seen in the singing competition of the now defunct noon time variety show MTB (Magandang Tanghali Bayan).  But it was in the talent show Little Big Star that the Philippines was introduced to this young talented winner who eventually bagged the grand prize. And because of the charm and talent that he showed in Little Big Star, it paved his way to the much coveted role as the young boy hero ‘Super Inggo’.  ‘Super Inggo’ was not only a Philippine award winning tv series but because of the moral lessons  that it instilled to the young viewers’ minds, the fantaserye was recognized as one of the finalist at the 2007 Emmy Awards for the Children and Young People category.

Morales took a break in the movies and television and lived for awhile in Australia with his family where he continued his studies.

Full List of Cast of Characters for Bagani TV Series

View more information from the source of the list of characters below in wikipedia. (source: wikipedia)

The talented Albert Martinez, Ian Veneracion and Bela Padilla will also have special participation in the series.