Sitio La Presa , a fictional name given for a local community in the popular ABS-CBN teleserye, Forevermore where you can see strawberry fields. It was previously thought to be found in Baguio but was later on learned that this shooting location was actually found in the mountainous area of ​​Tuba, Benguet.

I have written a couple of days ago about the new teleserye by ABS-CBN titled Forvermore  featuring Enrique Gil and Liza Soberano (LizQuen) and also a new KathNiel soap titled  Pangako Sa Yo remake  featuring Daniel Padilla and Kathryn Bernardo but between both, two things are hard to come up with, an actual picture of La Presa and a guide on how to get there. You may not find one but today as of latest update March 2018, I found countless photos online including one which originated in instagram that happened to probably one of the first ever. I just came close to one photo featured by a couple of friend tourists by Ada Sibayanon her Twitter account where you can see from the background the new name being given to this local sitio in Tuba, Benguet , Philippines. I also came to watch a video where the actual location shooting was being shot at in an article from ABS-CBN website.

Some have mistaken it to be a location shooting place somewhere in La Trinidad, Benguet but no it is not when i searched further. The place is actually just a few miles away and locals there say it's just about 20-30 minutes from Baguio town proper but tourism has done traffic reaching La Presa these days so be sure to line up in traffic if you really intend to come over. You may want to stay for days and for that, we've got a post about Baguio transient houses .

Those of you who've missed the nightly episodes, above is a replay video of the first or pilot episode of the series where this mystical place is located on it's shooting. Watch video above or you may visit to watch for free in iwantv.com.ph and to see other previous and latest episodes of this new soap featuring Liza Soberano and Quen. We've also posted a guide on how to watch other channel 2 ABS-CBN shows, programs and teleserye here .

The Imaginary and Fictional Name of La Presa in Forevermore Teleserye 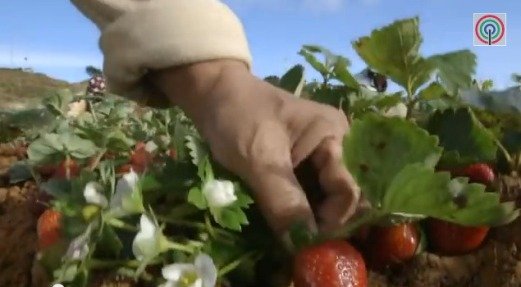 It's time for La Presa to be revealed of what it's all about - well nothing much to boast as there is literally no picture to appear anywhere in Google or in the web because of the simple reason that the place itself is just a fictional sitio name given for the sole purpose of television production for Forevermore teleserye .

If this is the case, you are not supposed to find out a way on how to get there but no ... and yes, there is a guide and in fact, many tourists in Baguio have been there, To find it, just type in Google Maps or ask the locals of Tuba, Benguet or Baguio about Sitio Pungayan. I'm pretty sure you will find a good guide for travel on how to reach the place. If you ever get there, do not forget to visit the cathedral and also the popular Burnham Park .

Guide on How to Get There

1. Via Private Vehicle - From Baguio town proper, your aim will be to go two Mount Kabuyao. It is the actual place where you can find Sitio La Presa. According to some folks we asked on our way there, it is about 30-45 minutes away drive with your own car.

2. Via Taxi – Rent a taxi going to Mount Kabuyao. At the drop off point, you'll have to descend down for a brisk walk. The fare we paid is about Php 290 as the driver is really honest. He said to us that some drivers would charge as much as Php 500 so be ready.