Ever heard the lyrics of fliptop lines of popular Filipino rap artists? Here's your chance at getting a glimpse of them. See sample Tagalog flip top lines written and taken from the battles won and lost by popular buffs. Complete with their respective videos taken from YouTube.com watch them in the links below.

More fliptop lines to come as we develop this page to feature all Filipino fliptop artists and battles with their respective exclusive YouTube videos. In the meantime, you can also go check some interesting song lyrics we have featured. 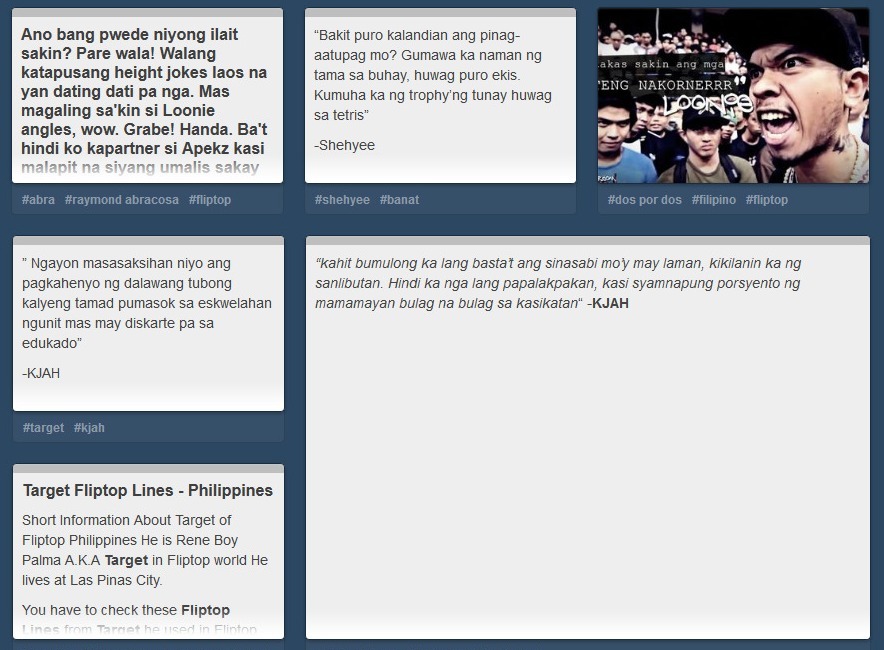 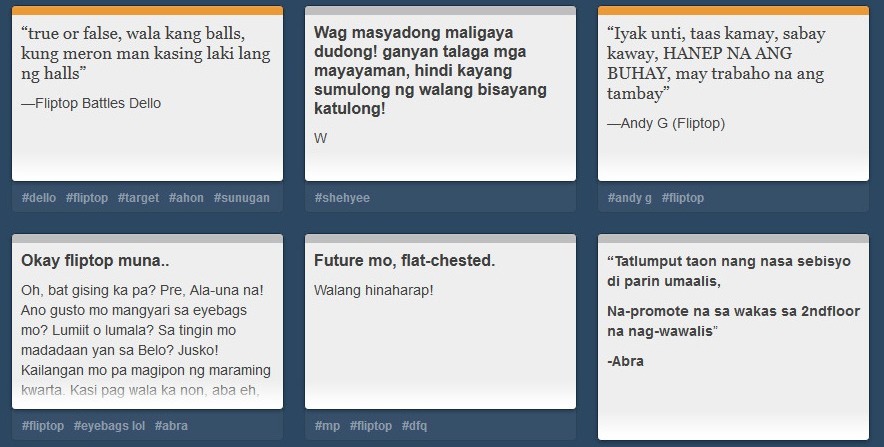 We now have the latest fliptop battles video from Youtube.Com. If you want to get updated to the latest in the rap battle dutdutan subscribe lang kayo mga peeps o kaya visit this page everytime kapag nakapag hulog sa pisonet.

Below is the first I have seen female fliptop artists in the likes of Lil Sia and Hearty as they battle it out with words of wisdom with Rapido and Mocks Wun. Watch also as Vice Ganda sets the mood on the defeated Zaito in the video below in their Showtime 2014 fliptop battle live.